Why Are People Using NFT Avatars As Their Profile Pictures?

Celebrities and everyone on NFT Twitter are changing their profile pictures. But why?

Despite how quickly NFTs have taken off in 2021, it’s still extremely early days for this new technology. We’ve barely scratched the surface of what it will enable and how it will change our lives.

Many people buy NFTs for speculation or investment purposes, but we’re also starting to see some very concrete and culturally significant use cases. Specifically, one of the biggest trends of 2021 is collectible NFT avatars.

The rise of NFT avatars

NFT avatars date back to 2017 when CryptoPunks were created. It may not have been the first project, but it’s arguably the most impactful.

While CryptoPunks started out as a small project for the most hardcore tech geeks, much like bitcoin in 2009, they have since taken on a way more mainstream role.

Exploring why Visa did this is exciting in and of itself. For now, though, I want to focus on what Visa did after acquiring a CryptoPunk.

Visa didn’t just announce it to the world and then lock up their Punk in a digital vault as a long-term investment never to be looked at.

No, they did what any self-respecting NFT collector does these days: They changed their profile picture on Twitter.

If you already follow some people who are into NFTs on Twitter, you’ve undoubtedly seen more than a few using illustrated avatars as their profile pictures.

This trend isn’t about Twitter per se. It’s just that Twitter is the place to be for people who are into cryptocurrencies and NFTs. The same trend is occurring on Discord, the other go-to place for this community, but with much less public and mainstream attention.

It might spread to Instagram or TikTok or whichever platform the community embraces next. The platform is not the interesting part of this trend. What’s interesting is the underlying psychology and movement behind it.

Why do so many people, and now corporations as well, use digital NFT avatars as their profile pictures online?

#1 Being part of the NFT community

One obvious outcome of having an NFT avatar as your profile picture is the instant signaling to everyone who sees you that you’re part of the NFT community.

Only people who have taken the time to learn about NFTs, find a decent one to buy, go through the purchasing process, and get somewhat involved in the community will know about the avatar trend and change their profile picture.

The beautiful thing about an NFT avatar is that you’re both “like all the other people in the space” and at the same time completely your own since all the avatars in most projects are unique. There will only ever be one CryptoPunk #7560.

Although the NFT community is still very small in the grand scheme of things, it has grown to a size where there are countless different avatar projects, and new ones coming onto the scene every day. And each project is a community in and of itself.

#2 Being part of a project’s community

The people who have bought in on a given NFT avatar project all have something in common. It may be a shared mission or set of values for someone who’s supporting projects like World of Women or Lostboy.

Or it may just be a shared sense of aesthetics and appreciation for the same style of art, which is indeed the case for most of the current NFT projects.

Out of all the thousands of options out there, supporters of the same NFT project agree that this specific artwork is amazing. Just like fans of the same sports team or musician, being “fans” of the same art, artist, or art project instantly creates a connection between people.

The sense of community is further enhanced by the fact that most avatar projects launch with approximately 10,000 NFTs, automatically limiting the size of the community. There will always be some who buy more than one avatar, so the actual size of most of these communities is closer to 4,000 individuals. In a global marketplace, that’s a very small group of people.

With so many different avatar projects to choose from, picking just one as your profile picture shows a lot of love for that specific project and sends a strong message to other people in the space.

Woman #6362 of World of Women (source: OpenSea.io, sadly not from my own collection)

The signal is even stronger if your chosen avatar has a significant brand around it. And even if it isn’t the most well-known or popular one, you’ll always have the recognition of your fellow community members.

In fact, another popular sub-trend in the NFT space is the “follow-for-follow” among members of a specific NFT community. These are either initiated by the project itself, who will often have a dedicated channel for this on their Discord server, or by a community member who starts a thread on Twitter.

Discord is also where a lot of the community aspects unfold. Most projects reward their early or most engaged supporters with special roles and access to closed chats or other perks.

Most people in the NFT space seem to have a “we’re all in this together” mentality rather than being hostile towards other communities. However, we have seen some cases of tribalism and Twitter fights.

While tribalism tends to create a negative vibe, there’s no denying that it can also strengthen the sense of community among people on each side of the argument.

In addition to the community aspect, a few specific NFT projects have a certain characteristic that gives the owners an extra level of recognition from their peers: They’re expensive as hell.

#3 The NFT as a status symbol

An NFT project’s price level doesn’t seem to matter a lot for the strength of its community, although prices going up will certainly contribute to the positive vibes by giving the community members one more thing to be excited about.

That’s why you’ll see plenty of people with relatively inexpensive NFT avatars as their profile pictures. Where the price level does make a difference though, is for the owner’s recognition and status in the overall NFT community.

Having a CryptoPunk or a Bored Ape as your profile picture is a legit flex on NFT Twitter. It shows that you either: a) are one of the OG’s in the space and got in early before the rest of the world realized the potential of NFTs, or b) dropped at least $100,000 to acquire it more recently.

DCinvestor, one of the most well-known figures in the crypto space, flexing his CryptoPunk on Twitter

Either one of those two options gives you some serious clout in the NFT space. And no matter which one it was, your profile picture is now worth more than most people’s annual salaries. If that’s not a flex, I don’t know what is.

This behavior isn’t new either and shouldn’t come as a surprise to anyone. People have been showing off their expensive designer clothes, cars, paintings, sneakers, and gadgets forever.

Whereas you need to share photos to flex your physical goods online, NFTs give you a digital-native way of doing it with avatars, art, and collectibles.

For the digital natives growing up and living their lives just as much online as off, flexing with exclusive and expensive NFTs just makes perfect sense.

I’m by no means denying that hype and speculation are playing a big role in the NFT market at the moment. Even people who love the art and community, myself included, are still interested in seeing their NFT collectibles appreciate in value.

What I know from being an active member of the community, and what I wanted to explain in this article, is simply that there’s more to NFT avatars than hype and speculation.

I firmly believe the NFT avatar trend is here to stay, although the market will likely have to cool off before we find a good balance between supply and demand. 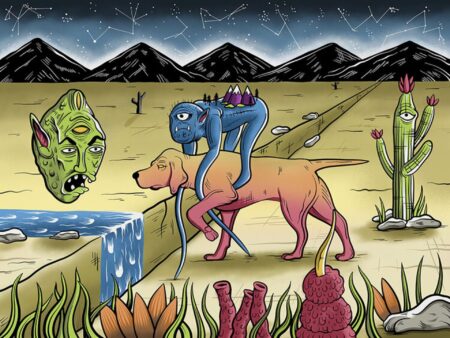 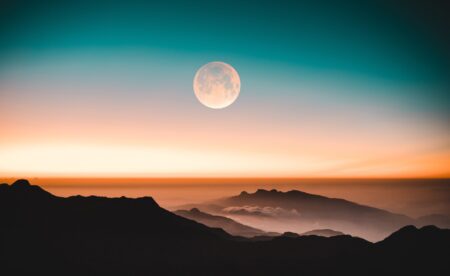 Pick an NFTeam and Moon Together!