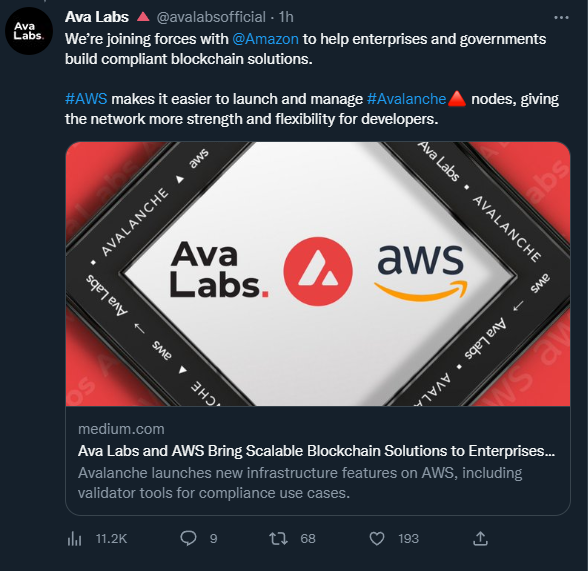 On Wednesday afternoon, the price of Avalanche increased by more than 16% after Ava Labs, the company assisting in the development of the Avalanche blockchain, announced a partnership with Amazon Web Services (AWS). 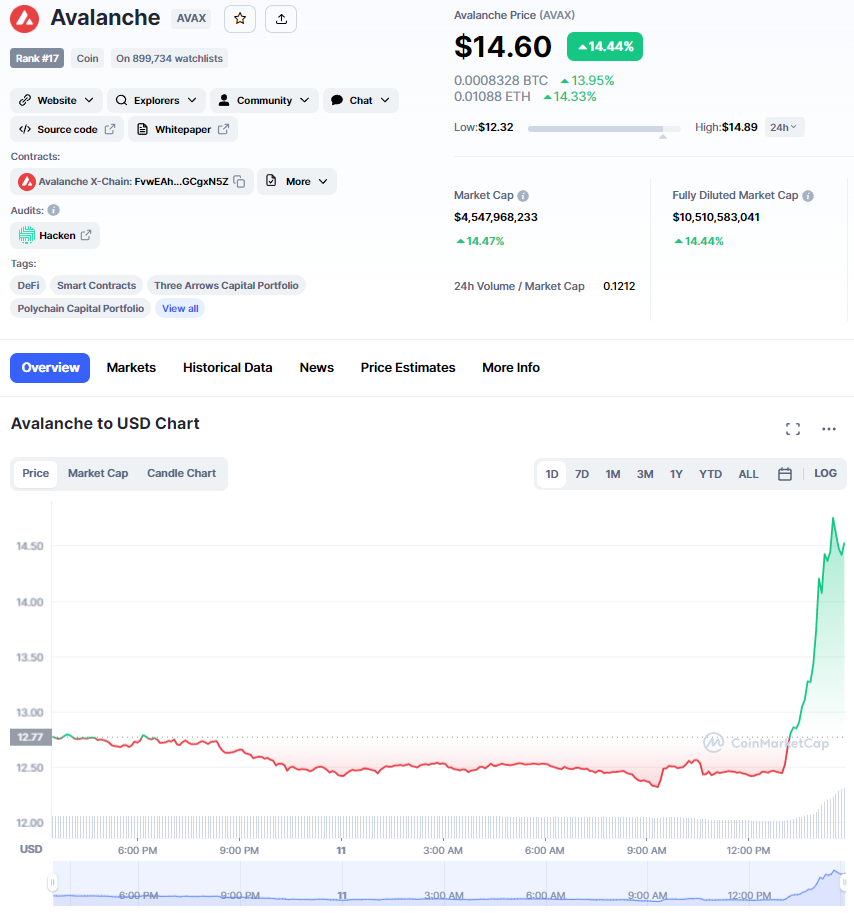 The AVAX token gained value following the announcement of Ava Labs and AWS’s partnership, with the two companies’ collaboration set to accelerate blockchain adoption for enterprises, institutions, and governments.

According to the companies, the collaboration gives Avalanche users access to a simple infrastructure for deploying and managing nodes.

Avalanche (AVAX) Subnets are now available on the AWS Marketplace

According to a press release issued on Wednesday, the collaboration will also strengthen the layer-1 blockchain network and increase its flexibility for developers.

Avalanche’s network infrastructure and decentralized applications (dApps) ecosystem will be supported by AWS, which will include one-click node deployment via the AWS Marketplace.

“I’m proud that we’ve implemented a protocol that can accommodate millions of participants with near-instant finality,” said Emin Gün Sirer, founder and CEO of Ava Labs. “Our work with Amazon can accelerate the positive impact of Avalanche,” he added.

Avalanche nodes can now run in AWS GovCloud, and Ava Labs has joined the AWS Partner Network (APN) and AWS Activate, with the latter assisting in bringing AWS benefits to the Avalanche ecosystem.

With this partnership, enterprises, institutions, and governments can easily launch custom Subnets with just a few clicks.

This will be made possible by the blockchain platform’s integration of Subnet deployment, its scaling feature, as a managed service on the AWS Marketplace. Subnets aid in scaling the Avalanche blockchain by diverting traffic, with users utilizing the functionality through AVAX staking.

AWS connects over 100,000 partners and operates in over 150 countries.