A couple months ago, I received an invite to a small Discord channel. The invite came from Tulip/Evan, the founder of Doodles. We had crossed paths in the SupDucks Discord, and he was bringing people in slowly to learn about his upcoming project. I bet on founders and teams first with NFT projects, and this team was full of heavy hitters. Between them, they had experience at Dapper, Microsoft, and Google (among other great places) and they seemed determined. So I jumped in without hesitation.

Truthfully, I didn’t have a ton of time to engage in the Discord channel early on. Life got busy for me the last two months, and I wasn’t active in any Discord channels…including dGEN’s. Sometimes the real world just gets in the way. When I popped back in, I immediately felt something special. The vibe of this community was special.

While I was away, the Doodles Discord channel had grown in a bit of a grass roots manner. Eventually, the team decided to cap it. Rather than have 200,000 people with cooldown timers and a pending gas war, they limited entry and kept the culture.

From “pass the rainbow” gif trains to random memes, it was fun, and that kept me coming back to hang out multiple times a day. I felt like I was with 2,000 of my best friends. After it was capped, the main way to get in was perfectly fitting to the project – you had to create a meme that caught the attention of the Doodles team. It was a perfect way to make sure newcomers would keep the culture.

Then came the whitelist…and the critics

The Doodles team decided to allow everyone in the Discord channel to get on the whitelist to mint up to five Doodles. Suddenly, some people on Twitter were outraged. They lamented what they called “gatekeeping” and an “unfair mint.” They claimed the Doodles project simply gave special treatment to “influencers.”

They were upset that they were giving five mints, which could result in roughly half the supply being sold to the whitelist. Many people piled on and suggested what they felt were better ways to handle the drop.

The critics were wrong

There are lots of things to unpack in the critiques on Twitter. Let’s go point by point.

The Doodles team did what they felt was best for the community and I’m 100% aligned. Before you say, “easy for you to say, you were on the whitelist,” I literally missed a whitelist for Metasaurs a week earlier and my response was that I was bummed and might try to compete in the gas war.

The Doodles whitelist got NFTs into the hands of the true community and ensured that, at least for now, the culture that was built in that Discord channel would remain. The borderline indignant response I saw from many people on Twitter was wild to me; it’s not like there wasn’t going to be a public sale. Everyone had a shot like any other drop.

I actually think a lot of projects could benefit from the Doodles model. Closing off the community kept the right energy, made it so the chat wasn’t constantly flooded, and rewarded people who were ready to invest in the project long term.

Is Blur.io the Next Big NFT Marketplace? 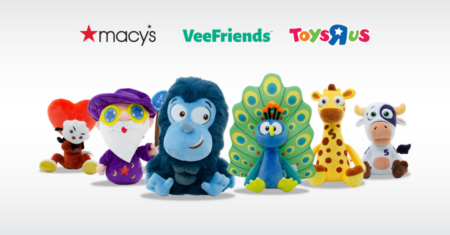