A phenomenon known as Profile Pictures or PFPs and are all the rage in some circles of NFT-land. Maybe you have seen them, they have been swarming Twitter, taking over Discords and even popping up as gmail avatars.

These PFPs have caused the beginning of the JPEG wars, with fun new avatars taking over all the social landscape. PFPs are generative art meaning they are combinations of traits that have been automatically matched together to create unique outcomes. And no, there is no justifiable reason for ProFile Pictures to be abbreviated PFP. We at dGEN.network do not know, and it drives us bonkers as well. If you have a great explanation for it we would love to hear about it in the comments.

The reason they are called PFPs of course is because part of the utility is that owners change their avatar on different sites, discord, twitter, to this non-fungible token (NFT) that they own. When you change your PFP you join an elite group of whatever images you just added to your collection. It is quite fascinating to see different PFP communities take to the public and promote their projects. The community is a project’s single biggest marketing tool, a horde of PFPs can convince a celebrity to buy into the project or drive other NFT players to FOMO into their community.

PFP projects started with CryptoPunks from Larva Labs back in 2017. CryptoPunks are considered the OG of the NFT universe and the technology behind what they created has set the standard for other NFTs to come. According to rarity.tools, CryptoPunks total sales volume is north of 191,000 ETH and while the conversion price of ETH to USD has fluctuated over time at today’s price that is over 400 million USD.

The Bored Ape Yacht Club (BAYC) has been on a meteoric rise which I believe caused all these other projects to start popping up non-stop. BAYC currently maintains a thriving community which a lot of newer projects look to imitate and as of this writing rarity.tools lists over 47% of their collection is held by unique holders. The BAYC offers their members a wide range of access and growth potential otherwise known as utility.

One of the primary goals of a project is to drive upside for everybody involved in the project. This is done through the utility that projects can offer those who have bought in. This world is a copycat game, which makes it extremely difficult to differentiate from project to project. Most projects all offer the same utility, boosting discord servers, commercial rights to the image, a community wallet for giveaways and spontaneous marketing activities, and the potential for merchandising and other partnerships.

The execution and timing of unique utility can help projects differentiate themselves. GOATz included a forge in their roadmap which would allow users to combine two GOATz into one with more desirable traits. This would benefit owners in two ways, it would decrease the overall supply of GOATz and allow the individual owner to have a “better” NFT. This concept was quickly picked up and added to roadmaps for other projects such as Dogs Unchained, and Goblin Goons are all taking their own spin at this idea. Mad Cat Militia is another project that took the NFT community by storm with a future game in the works that generated a TON of hype off the bat, but games take a long time to develop and in the NFT game a few months is a lifetime to maintain high interest.

We are very much at an unsustainable pace with multiple days of 2-3 projects dropping at a time causing massive spikes in gas during drops and leaving many with a bitter taste in their mouth. It feels as though we are always seeing a new animal, alien or rug pop up on the marketplace. There are some of these that succeed, but many of them fail. Throughout it all BAYC has been able to not only garner national attention being referenced in articles on Bloomberg and Forbes, but also enticed celebrities to buy into the project.

Of course, there have been quite a few misfires throughout the process and a misfire does not necessarily mean a project will fail. There are many different aspects which come into play when judging a generative project, but there are a few major learning moments that have happened in recent history.

The first lesson we will explore is metadata. I will not touch on the technical aspects of what happened here, but instead expose you to why it matters. During the minting process, when a project is being created, metadata is the information which identifies the different traits which should be included in a specific NFT. The minting process is expected to be random, combining each of the traits at that exact moment to ensure every person trying to buy the item has a fair shot at getting any of the combinations that might be available. Meebits, an extremely well known PFP from the same people who brought us Cryptopunks, somehow missed the fact that their metadata was exposed during their release.

Metadata being exposed gives people who have seen that data an unfair advantage in the minting process, whether it is being able to snipe rare traits off the secondary market for cheap or to even identify exactly when to mint their NFT. Meebits were able to survive and thrive due to their name, but the worst possible thing that can happen during the minting process is Fear Uncertainty and Doubt (FUD) impacting your project’s perception in the market.

We saw this happen again very recently with the Fame Lady Squad (FLS) drop this week. Fame Lady Squad is an amazing project which is an unconfirmed first of its kind, consisting of all female avatars backed by an entirely female founding team. I minted one Fame Lady Squad NFT during the drop which I still hold as of this writing. Unfortunately, incredibly early in the drop it became apparent to the team that their contracts information was public to the world. The team was put in damage control in a very high-profile way with many influential people taking notice and sharing a comment about the situation.

The FLS team was receiving pressure from engineers telling them how to randomize the minting process going forward, discord chatter asking the same question over and over, and tweets exposing the information as a massive data leak. Fortunately, an NFT persona who goes by digitalartchick who had been one of the individuals to identify the leak was able to help resolve the issue by leveling the playing field for all. Fame Lady Squad posted the exact trait information and drop order directly on their website, thus allowing everybody the same opportunity to snipe their favorite piece of art.

Fame Lady Squad overcame the FUD and has been able to be one of the most widely exchanged collections on OpenSea in the past seven days. A strong combination of the team, mission and the art allowed them to turn the news cycle around, accelerating their success in days following the drop.

It is also important to note that one of the core benefits of crypto and NFTs can also be a major issue in the space. This is regarding the anonymous capabilities for collectors and the founding teams for projects to hide behind anonymity. The NFT community loves a good story. An excellent example just happened; a 12-year-old dropped Weird Whales. This 12-year-old is somewhat of a legend at this point, but with any anonymous creator, particularly in this space, came a rise in the spreading of fear, uncertainty, and doubt. Weird Whales dropped hype rapidly took hold helping this 12-year-old sellout and making close to $150k in the process. Their online demeanor and sophistication of the coding requirements led to individuals questioning if this person was real, and a rapid drop in the price of Weird Whales. The most recent developments include multiple interviews with our young coder, including one from Loopify here, seemingly proving their identity.

Profile pictures, JPEG Wars, generative art, whatever you would like to call them are here to stay. They are a cornerstone to the NFT community, and they are constantly bringing us together. Be careful whenever you venture into one of the projects and as always, do your own research, buy what you like, and do not invest what you cannot afford to lose. These NFTs Are Down Big 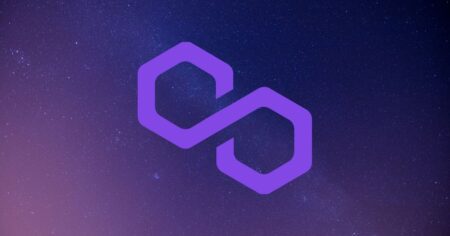