Welcome to the Otherside of NFT Gaming!

Welcome to the Otherside of NFT Gaming!

We finally had the opportunity to take our first trip into The Otherside, and see what has been in the works since arguably the most hyped mint to date in 2022.  Today was one of the most anticipated days in recent memory for the NFT community, and it has so far lived up to the hype!

Leading into today the team not only wanted to continue the mystery of what was to come but also try to keep expectations at bay as shown in this thread by GordonGoner.eth himself. At first it began the same as the stress test, just in the plain white room, tempering everyone’s expectations of what was to actually come today.

It didn’t take long to feel the difference that something was brewing though, and the suspicions were confirmed as soon as Curtis the ape and Blue the Koda opened the portal to begin the journey to the other side shown here by PuffYatty.

After you were in The Otherside it became apparent just how much time, effort, and resources have been dedicated to the success of The Otherside. It appears, in my opinion, to have been in the works from even before the mint three months ago. The things that they were able to accomplish in this game were of the likes we have yet to see in the NFT gaming world, and resembled main stream gaming as it has come to be known.

The whole experience was full of excitement as it felt like we were running around in an environment that you would find in a game of Fortnite with endless expanses to explore, and side missions prepared ahead of time and called out by Curtis and Blue to help us learn the world while making it an enjoyable experience. No matter how great today was, we have just begun to scratch the surface of what is truly brewing in The Otherside.

Where most of the info for the future of The Otherside came from today was not the game itself but the lite paper that was launched shortly after the demo had come to an end. This lite paper really began to lay out the vision of what is brewing. One of the biggest takeaways is that Yuga stated that they do not want to build this without the voice of the community behind it.

Coming from a lifetime of gaming I had always wanted to be able to make those small critiques that may have taken my favorite game over the edge, and that is what Yuga is providing us with the ability to do as stated “We are committed to an open and transparent approach where Voyagers can directly participate in important events that will shape the future of the platform. Large scale playtests will allow the community to try out new systems, content, and mechanics while pushing the limits of Otherside’s technology.”

The other takeaway is that not only does Yuga want to build the game the way the community wants it but they also have even further confirmed they want to reward the ones that do. Since the mint the rumors and hints have all pointed to the fact that anyone that helps build it will be rewarded in a variety of ways rumored to be anywhere for earning $APE in a P2E model, clear to being the way to earn plots of land in the next drop.

While the reward was not confirmed today it is confirmed there will be rewards as shown in the lite paper here “All Voyagers that complete each Stage of this experience in accordance with the rules will be eligible to receive additional incentives related to Otherside in the future.”

The interesting part is that they have finally laid out the vision of how we will build it with them through a series of 11 trips to The Otherside in the coming months, of which today was the first. After completing todays demo anyone who participated or watched the live stream received a metadata update to any if the plots in the wallet that was used to connect and received the first piece of the obelisk on their dynamic NFT.

While it has been stated that this once will be able to be earned by being in any of the upcoming demos, some of the future ones may only be able to be earned at the time of that demo there for making a plot of land with all 11 pieces that more valuable for any potential rewards only incentivizing community involvement even more.

The end of the demo left us with a sneak peek trailer that was streamed live in The Otherside, giving me visions of the future of what is to come in not only the game itself, but with the technology of being able to stream live videos inside of the game. Make sure to check out the sneak peek here to see what is in store for our buddy Blue the Koda.

What we have seen so far is that Yuga has been a team that you can consistently bet on to deliver value, and this only solidified that fact even more. They will do what they need to do to make this succeed but at the end of the day it is up to us as a community to help them, so I implore you if you see the future of NFT gaming to take the time to learn what Yuga is doing and participate in it as we lay out the future of the NFT world alongside one of the, if not the most, powerful teams currently in NFT’s.

The best place to start is by reading the lite paper here, to see some of the exciting things that are in store. After being around for a little over a year at this point, it is exciting to see how far Yuga has come, and it is exciting to think where they may be five to ten years from now. They say to bet on teams and builders and this is one team to not be slept on.

No matter the stance you have on Yuga, the success of The Otherside is a major step in the right direction of bridging the gap between NFT gaming as we know it currently and as how it will be known over the next few years. This is the first step in seeing what the standard will become in the industry.

Will we see The Otherside competing with the likes of current household names such as Fortnite? Only time will tell but overall market sentiment is that Yuga knocked it out of the park today and exceeded everyone’s expectations while continuing to under promise and over deliver, if they can continue at this pace, it may be what the NFT community needs to begin to on-board the masses. 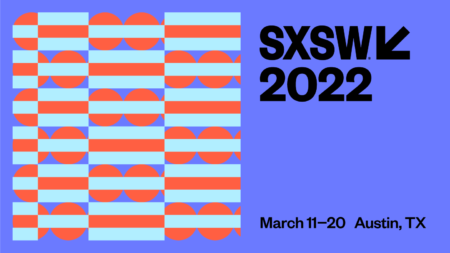 The NFT Experience Recap: Can NFTs Power the Future of Commerce and Experiences?